‘Tis the season, everyone. We’ve had a continuous snowfall over the past few days, holiday concerts are abound, and I have yet to really make a dent in our Christmas gift list. The other night we had a few friends over after our town open house (where they close the streets, stores stay open late, the steel drum band plays, and everyone walks around eating, drinking, and being merry).  Afterward we had a few friends over and snacked while we played a board game or two. Our appetizers included Bacon Bombs – one of my husband’s most favorite finger foods to make and to eat. And I’ll admit that it’s not very good for your waistline…but they do taste awesome!

I did forget to take a picture of the final product (oops!) so I apologize for the ugly photo of my lower oven. We used Parmesan for these ‘bombs’, as we were having a small gathering and didn’t want to make too many. As you can see by the picture, my husband didn’t use a broiler pan, so our bombs ended up a bit greasier than I would have liked. I am glad, however, that he did use foil so that cleanup wasn’t as obnoxious as it could be (I hate washing pots and pans). Leftovers were stored in a plastic container, in the fridge, and only lasted 2-3 days.

One of the things that I like about this recipe, other than bacon & cheese as ingredients, as that we could put it in the oven and go walk around downtown for a little while. If you’re getting ready for company, you can just set these in the oven, set a timer, and go about preparing other thing and/or cleaning. They’re easy.

Not good for you by any means, but easy and delicious! 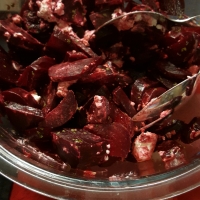 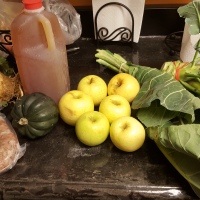